Bio:
The Umbrastellans are a shadow humanoid race that inhabit the world of Durahm. These beings are composed of a shadow like substance (the basic template for an Umbrastellan having long tendrills for hair with neon white glowing eyes and a tail with neon white glowing segments. seen in fig - 3.14) as their body with a gem humans know as "stars" and to Umbrastellans as their "Star Core" which houses their soul, memories, and emotions. If an Umbrastellan's Star Core is destroyed and all of the stardust within it is depleted, the Umbrastellan will disintegrate and cease to exist. Umbrastellans are unique from other forms of otherworldly life for their ability to manipulate their shadow bodies to shapeshift into anything they can imagine, though their shapeshifting has restrictions.

One of the restrictions is that inexperienced Umbrastellans forms will always have identifiable traits such as their neon glowing eyes and dark skin. Another restriction is the fact that Umbrastellans, like any other creature, cannot create mass so they can only bend and morph the mass they currently have in their bodies (unless a fellow Umbrastellan gifts them mass or they steal mass from other Umbrastellans). An example would be a small Umbrastellan cannot fully transform their body into an Elephant, but they could use their inner mass to create the illusion of the size of an Elephant, though they'd become weaker due to making their body more hollow.

These beings are ruled by their king Getsuyobi and his five sons who all share special traits that help Getsuyobi keep peace and order in the world of Durahm. Umbrastellans have been hiding in secrecy since the beginning of their species to keep themselves safe from harm. This has made the Umbrastellans a curious race as they spy on other planets and worlds to study the cultures and history. This study has helped the Umbrastellans develop humanoid forms and even a female form which has made the Umbrastellan race prosper and evolve over the years. These beings will continue to evolve and progress until they are finally ready to reveal themselves to the other worlds to live among them in, what they hope will be, peace and harmony.

LAST RESORT FORM:
When the life of an Umbrastellan has been threatened to the point of it being a critical life/death situation, an Umbrastellan may pull their trump card known as the "Last Resort" form. The name defines the form perfectly, as it should only be used as a last resort to fight for your life. In this form the Umbrastellan transforms their Star Core into an exoskeleton armor which radiates power and boosts all attributes of an Umbrastellan, making them the most dangerous being in the universe. The drawback of this form is the fact that now the Star Core is exposed all over the Umbrastellan's body (being the exoskeleton armor and all) and makes it possible for their enemies to destroy a part of the Star Core for the stardust to leak out and ultimately kill the Umbrastellan. Each Exoskeleton Star Core Armor is different and unique to each Umbrastellan based on the forms they take and the experiences they've had over the course of their lives. 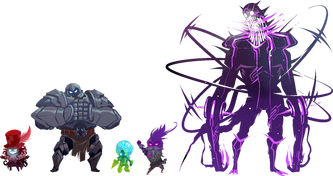 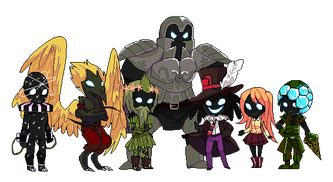 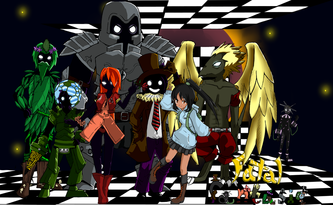 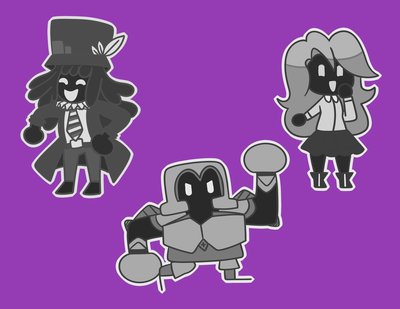